ONE GUEST AT A TIME.

In September 2006, Chef Thomas Keller opened the doors to Ad Hoc, his casual dining venue for showcasing the American comfort food of his childhood. The name Ad Hoc, literally meaning “for this purpose,” derives from the restaurant’s original purpose: to temporarily fill a space while Chef Keller’s team developed a different restaurant concept. From the beginning, Ad Hoc was loved by both Napa Valley locals and visitors to the wine country alike, and so this “temporary” restaurant joined Chef Keller’s other Yountville, CA properties as a permanent fixture of Washington Street.

The daily-changing four-course menu, featuring classic American dishes like fried chicken, pot roast and barbeque, is handwritten nightly on chalkboards throughout the restaurant. All courses are served family-style to increase both the conviviality of the Ad Hoc experience and to further recreate the casual comfort of home. The restaurant’s beverage service focuses on the same local producers who can often be found enjoying themselves at the restaurant. While the ability to write a different menu every day provides a significant creative outlet for Ad Hoc’s culinary team they go a step further, frequently offering additional courses as a supplement to the menu showcasing unique or exotic ingredients.

Since its opening, Ad Hoc has received a three-star rating from The San Francisco Chronicle and was featured as one of Food and Wine magazine’s “25 Places to Try.” 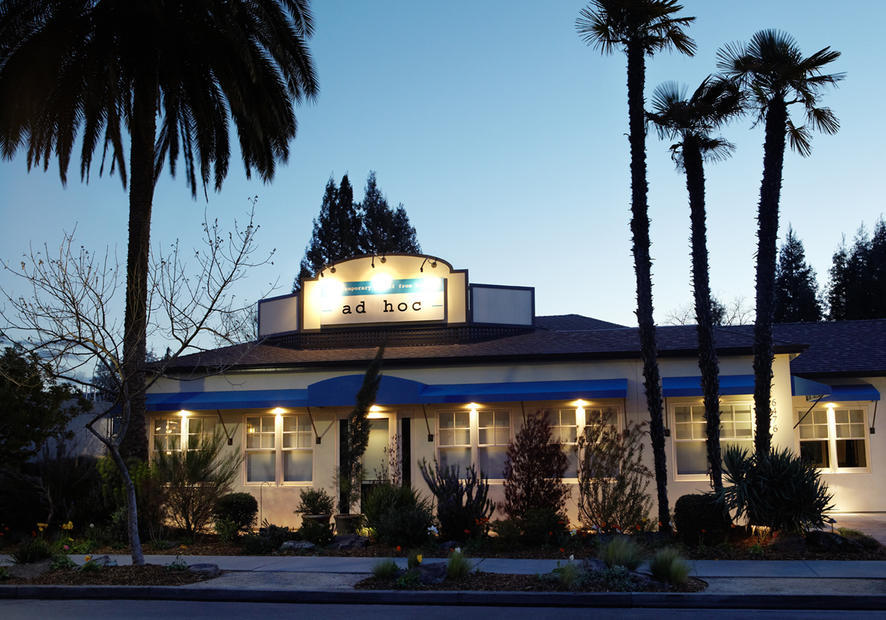